Chicago Police Officers came up to Mr. R who was a passenger in a SUV stopped behind his home in the alley near 73rd and Damen. The officers claimed that the SUV was illegally parked and they pulled the driver, passenger and Mr. R out of the vehicle, searched them, and then searched the vehicle. They found a gun inside of the SUV and put it on Mr. R. At a motion to suppress, Attorney Levinsohn proved to the judge that the officers did not have probable cause to search the car or its occupants. The motion was Granted and the case was dismissed 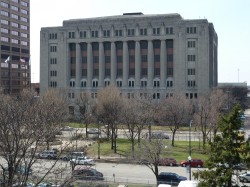